Anya and I took Holly and went on an afternoon hike with the Sidhu family around the Thetis Lake.  Holly was all tuckered out, so Anya and I decided to go on a little date.  It felt like putting the kid to bed and going on a sweet dusk cruise.  Anyway, District 9 came to mind, so we went and watched it.  It was pure awesomeness!

Distric 9 is not just a movie.  It is a broadcaster to against racial prejudice.  Wikus Van De Merwe is not just a character.  He is a victim of Apartheid.  The movie has so many layers that it kept me thinking from the beginning to the end.  I even forgot to eat the beef jerky we brought with us!  Now, that tells you something really caught my attention!  The action in the movie was entertaining.  I love it how the alien weapons are always 100 times better than human weapons.  It’s also got that Cloverfield documentary style for a little while, so if you felt dizzy from Cloverfield, be warned.  I wish there was more of that giant mothership action though, but hey, it was in a lot of the scenes.

While I was waiting for the bloody ferry to come at the Tsawwassen terminal last Sunday, I picked up Triathlon Magazine Canada.  Roy Stevenson had an article, Does Cross-Training Improve the Triathlete’s Running Performance?, in the magazine drew my attention.

In the article, Roy stated “recent research shows that supplementing, or even replacing part of your running program with other forms of exercise might be just what you need to avoid boredom, minimize injuries and take your running to a new level”.  He said substituting some of your running with other cross-training techniques enables you to do extra endurance training with less strain on your running muscles and joints because you’re using the same muscle groups in a different way.  A high-intensity cycling session, for example, helps the runner develop increased lactate tolerance, buffering capacity and fuel resynthesis, without undergoing the high-impact stress on the legs from an interval-training workout.  A triathlete already performing two to three high-intensity run workouts each week cannot add more running workouts at this level.  But extra intense stair climbing or cycling sessions will take him or her to a new level without the added impact trauma caused by high-intensity running.  The key is to do your extra endurance work in low-impact or low-weight-bearing aerobic activities like cycling, stair climbing, swimming, deep-water running, or using the elliptical trainer.  Despite the fact that all these exercises use the legs for propulsion, cross-training appears to defy an important principle of exercise science – specificity.

The principle of specificity states that if you are to improve in a specific sport, you should practice that activity solely and by throwing other similar activities into the mix you confuse your neuromuscular system, retarding your running progress.  This explains why world-class athletes in one endurance sport like Tour de France cyclists are not world-class marathoners.  Although elite cyclists exercise most of the muscle groups used in running, they do it in a very different way.  However, more recently, contradicting research shows that some different activities can actually improve other sports.  Then Mr. Stevenson went on and gave three example studies to support his point of view.  The point is, certain activities such as cycling preserve and maintain running fitness while the runner reduces running.  Nevertheless, swimming shows no correlation with improving running performance.

So my friends, it is possible to improve your running and thus your triathlon running performance, by incorporating or substituting other aerobic activities such as cycling, deep-water running (aquarunning) and stair climbing into your training program.  But the devil’s in the details – make sure you do high intensity cross training, rather than just “junk” time on the cross-training equipment.

The first half of August

Time goes by too quickly.  I never have enough time in a day to finish what I plan to do.  Sometimes I wonder if it’s good to have so many things on the go at one time.  Can’t imagine what it’ll be like to be a father.

Nathan and Shauna got married on August 1st.  It was a beautiful day to get married.  I had a blast by passing out around 10 o’clock in my tent after having three beef burgers, drinking lots of alcoholic beverages, and dancing to numerous songs.

August 8, 2009 marked Anya and I first year wedding anniversary.  I can’t believe it has already been a year since we were married.  08.08.08 felt like it was yesterday.  A lot did happen in this year though.  We got Holly.  We went to Cuba.  We bought our first bed.

We had a really relaxing AnniWillary weekend together.  We made homemade pasta and had yummy dinners, went to Tugwell Creek Meadery for some honey wine tasting, took Holly on lots of walks and hikes, and watched The Ugly Truth.  I enjoyed being married.  The feeling of having a family is indescribable.  We should feel fortunate to have families.

Saw some of my old co-workers from PRA tonight.  My buddy Rob Niewczas is leaving to Edmonton.  His wife, Meredith Niewczas (?), got accepted for a Masters of Population Health program at the University of Alberta.  Rob’s got a sweet job setup so that he can work from home in Ed-town while Meredith does her masters.  I wish I could work from home…sometimes.

I now have a mentor!  The Belmont Babblers Toastmasters Club assigned me its President, Greg MacDonald, as my mentor today during our Toastmasters session.  I’m excited to work with Greg on the new challenges of my career.  I think I’m doing my first speech on the 26th of August.  Stay tuned 🙂

I’m going over to Vancouver this weekend to spend some quality friend times.  I’ll be hanging with my buddy Gabe Wong.  I missed his bachelor party, so we’ll be doing bachelor party related activities like blowing bubbles off his balcony and renting The Wedding Singer to watch…  Michelle Neal’s having a birthday splash on Saturday, and we might be going to a laser concert?

If I could have a power, I wish I could slow the time down… 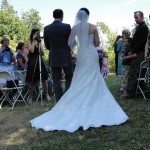 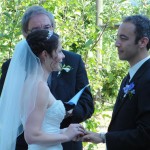 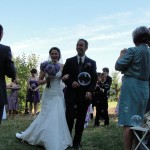 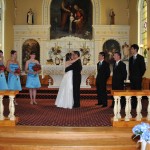 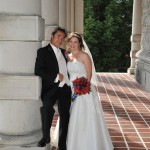 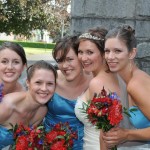 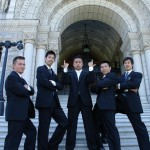 About a couple of weeks ago, I signed up for courses to become a SAS Certified Base Programmer.  I do use SAS at work, but I use SQL more.  I see how powerful SAS can be, so I decided to learn more about the language.  So far, the first course has been fairly basic.  I’m eager to get to the coding part, the juicy part.  Some of the SAS programs I see at work are like novels which produce perfectly comprehensive reports.  Skills man, skillz!  Maybe one day, I’ll be able to write a beautiful script just like the pros do.

Today, I signed up to become a member of Belmont Babblers Toastmasters Club.  My colleague, Leo Siu, mentioned this club to me and took me to a couple of the sessions.  The meeting room was full of energy.  Everybody was a great speaker in there.  The whole hour went by like a minute.  I’ve always wanted to be a good public speaker.  Both of my part time jobs in the past involved with serving customers in a public setting.  I consider myself as a good conversationist, but in terms of giving a speech, I’m the one that’s speechless.  I’m hoping this toastmasters club can really help me to become a better public speaker.